Paris, September 27, 2017 – The Olivier Roellinger contest mobilizes ever more young European chefs regarding seafood preservation. The 2018 edition opens today to all European countries, under the patronage of Nicolas Hulot Minister of State, Minister of Ecological and Solidarity Transition in France.

The Olivier Roellinger contest aims to bring together young chefs and students trained in the catering sector and encourage them to promote sustainable species. Through this competition, the candidates are brought to valorise sustainable species. The objective of this competition is primarily to allow professionals to consider environmental and social issues and to make them aware of the role they can play in preserving resources.

For Olivier Roellinger, Chef of Bricourt Houses in Cancale and Vice-president of Relais & Châteaux, the message carried by the competition is a priority: « Gastronomy, the art of feeding the other, must now take into account the health of everyone, which cannot be done without taking into account the health of the planet. The most virtuous cooks are already interested in all the stakes of food and the community. The resources of the sea are one of the essential pillars. This unique competition is contributing to a growing mobilization; after six years of existence we begin to see the changes of behavior that it arouses! ».

Marine resources are depleting while fish and shellfish continue to attract more and more consumers. It is in order to educate future generations of chefs and young professionals to the fragility of fishery resources and the role they can play in the sector (fishing and aquaculture) that the Olivier Roellinger contest was created. The Olivier Roellinger contest is cofounded by Ethic Ocean, Ferrandi Paris, the Yvon Bourges catering school of Dinard and Relais & Châteaux.

As a genuine link between industry professionals and consumers, chefs have a key role to play in preserving resources by choosing species whose stocks are in good condition. Moreover, chefs know better than anyone how to encourage consumers to discover equally delicious species commonly overlooked or considered less «noble» and whose stocks are not vulnerable.

STAGES OF THE COMPETITION
(students and professionals)

June 8, 2018
Award ceremony on the occasion of World Oceans Day

WHO IS THE COMPETITION FOR?
a) Category students and apprentices under 25,
trained at a catering school leading to a degree of cooking, from one European countries.
b) Category professionals under 35,
for the European chefs.

CALENDAR OF THE TESTS
Category Students and apprentices under 25 years
• Eastern Europe – March 13, 2018
The events will take place in Hungary
(at the Budapest Business School) for candidates from the following countries: Bulgaria, Croatia, Hungary, Poland, Czech Republic, Romania, Slovakia, Slovenia.

• Southern Europe – March 27, 2018
The events will take place in Spain
(at the ECOTUR catering school of Valencia) for candidates from the following countries: Cyprus, Spain, Greece, Italy, Malta, Portugal.

THE PRACTICAL TESTS
• Completion of a first freely selected “gourmet” sh recipe, accompanied by a mollusk, crustacean or algae in 2:30h.
• A second « home-made » quick and simple recipe that can be easily performed by the general public: use of the same species of sh offered in the gourmet recipe, used in such a way that it can be cooked at home in 30 minutes.
• Oral presentation to justify the choice of the selected species and their sustainability criteria. 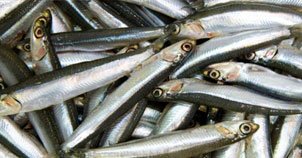 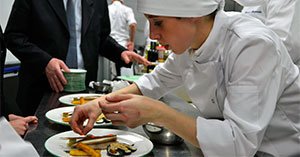